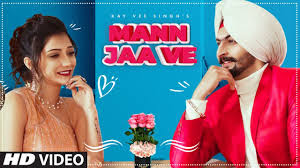 Kay Vee Singh is back with his new song Mann Jaa Ve. On this page, you can find the Mann Jaa Ve Song Cast information. This song was released on 19 September 2020 on the T-series Apna Punjab youtube channel. Below is the name of the female model and cast name of Mann Jaa Ve Song.